This is not a prison farm.
Vacant farmland for the settlement of an imperfect community.
Master Studio 2nd Semester, 2021-22
Sabrina Puddu and Jesse Honsa

JOIN US FOR THE STUDIO PRESENTATION and Q&A session on FRIDAY 14th JANUARY. We will give a ten minutes presentation of the studio twice, at 4:00 p.m. and then again at 5:00 p.m. Each presentation will be followed by Q&A.

Carcerality and agriculture have held a strategic partnership in modern history, starting with processes of internal colonisation and land enclosures. In 19th century Flanders, ‘Colonies of Benevolence’ were established to subject the rural domain to the Dutch free-market economy, putting the marginalised and criminalised pauper class to work in the creation of arable lands from ‘wastelands’ and feudal commons. 21st century global food chains still depend on the exploitation of cheap labour and natural resources.

This studio will question what alternatives of care are possible to reduce the scope of carcerality in our society and what models of rural development can be pursued that do not depend on the exploitation of nature and human labour for capital growth. Using Flanders as our site of investigation and design, the studio will reconceptualise care as a practice of cohabitation capable of including conflict, and even uneasiness; and will reconceptualise farming as a practice of care capable of escaping its role in the support of constant economic growth.

Critics have called for the abolition of the prison and the penal system, redirecting funds towards other social uses and imagining not only alternative institutions but also practices of living together that operate outside carcerality. Among these practices is ‘restorative justice’. But carcerality is a dominant paradigm, in continuous search of larger spaces and more sophisticated protocols for the domestication, normalisation, and control of human beings through structures of immobility and dispossession. Students will critically investigate concepts of carcerality beyond the prison, considering larger systems of housing and agriculture.

Countryside and vacant farms in Flanders

We will look at the countryside not only as the marginal site where exploitation continues to occur in the shadow of the city, but as a realm where a moment of suspension is possible from practices that – like carcerality – have become so pervasive in modern societies. Rural regions of Flanders currently face several challenges as suburban sprawl, crisis of traditional family kinship as main productive unit, ecological deterioration, and food market logics threaten agricultural productivity and ecology. In recent decades, areas of Flanders have been blanketed in greenhouses that, while designed to increase food production, are already at the verge of becoming obsolete. This further threatens the patterns of Flemish small family-run farms, moving towards a scenario of large monocultural farms and suburbanization. Seeking alternative revenue models towards subsistence, students will investigate these regions and engage with local and governmental agencies in charge of the Flemish countryside.

Declining commercial farms that would otherwise be subject to suburban development or decay will be considered as sites for experimental collective settlements: not utopias, but imperfect communities where conflicts occur, capable of generating new conditions of conviviality that also include the exceptional and out-of-the-norm ‘categories’ of society. Students will design a residential farm that, by adapting abandoned greenhouses, farmhouses, and farmland in Flanders, is collectively inhabited by a very heterogeneous group of farmers and suburbanites as well as the ‘otherwise criminalised’ – individuals that are usually marginalised for not fitting into our ‘normal’ canon and that usually find it hard to secure permanent homes and subsistence. We will consider how alternatives to the prison system, traditional kinship and labour structure, housing provision, urban landscape modification, and food production might coexist, in architectural proposals that will theoretically address and develop new understandings of concepts such as carcerality and countryside.

Bibliography – This is not a prison farm

Sabrina Puddu is an architect and researcher, and currently a post-doc Marie Curie Research Fellow at KULeuven. She received a PhD from the University of Cagliari and an MA in Housing and Urbanism from the Architectural Association, and she has been Visiting Scholar at GSAPP, Columbia University. Her research focuses on the role of major public institutions across the divide of the contemporary urban and rural conditions, with her more recent studies being on prisons and agrarian penal colonies. She has thought design and history and theory at several institutions (Royal College of Arts, the Architectural Association School of Architecture, Central Saint Martins, Leeds Beckett University, University of Cagliari). Sabrina has co-authored two books and publishes regularly on architectural magazines and journals, and has worked as correspondent for the architectural magazine Domus.

Jesse Honsa is an architect and PhD researcher at KU Leuven. He has a global outlook, having practiced with OOZE Architects in Rotterdam, DB Mimarlik in Istanbul, Rutz Architekten and AGPS architecture in Zürich, and Aardvarchitecture in New York City. He holds degrees from The Berlage at TU Delft and the Rhode Island School of Design (RISD) in the United States. With a strong background in large-scale housing, his interests lie in the economic, political and cultural forces that form the built environment. His PhD project entitled Economies of Scale: Housing Crises and the Architecture of Large-Scale Responses is supervised by Martino Tattara and considers how the scale of organisations and projects can influence the living unit while addressing housing crises.

‘Where there is a will there is a way’
Wooden model and drawings of the Colony of Benevolence in Merksplas as exhibited at the Gevangenis Museum
Photograph by Sabrina Puddu, 2021 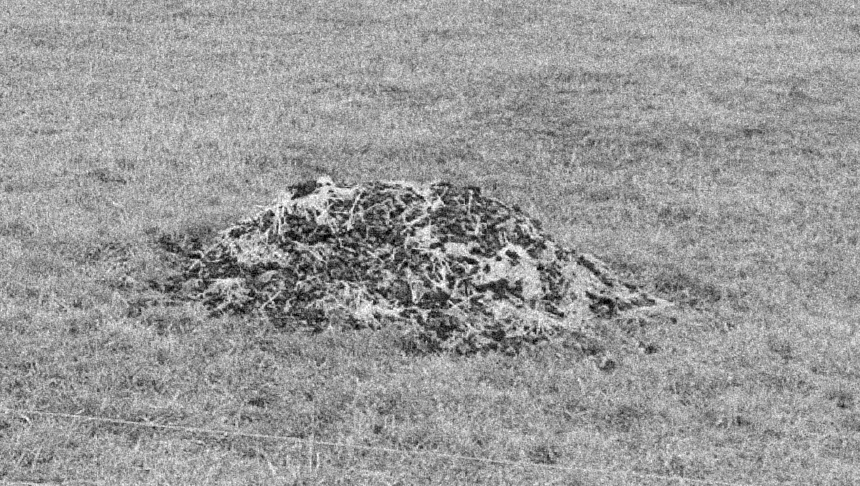 LINK to FULL BOOK “Today I visited the site of a newly assigned project in Broechem. I immediately discovered some contradictions and conflicts of the countryside, that made my idyllic image of rural settlements dissapear. Greenhouses were scaled into factories for monoculture, and little remaining grass was plucked bare by animal husbandry. As I continued […] 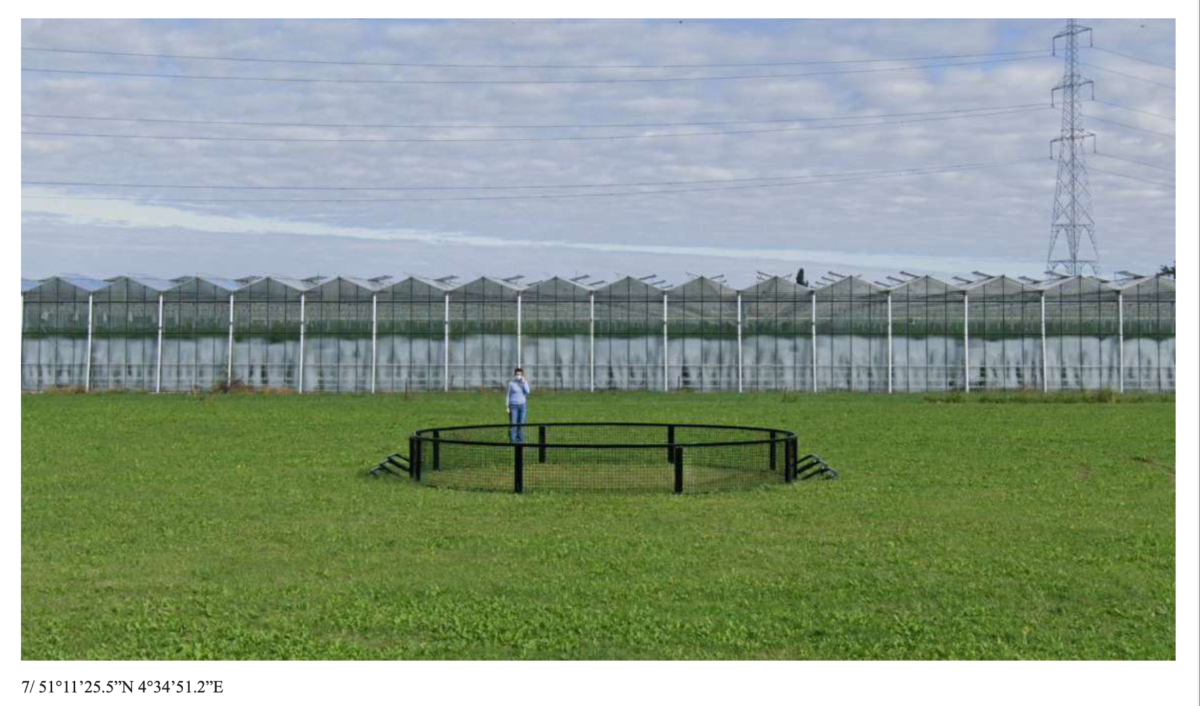 LINK to FULL BOOK “This is not a prison farm and this is not a true story. The event I am about to describe has no existence, so are the people involved. […] These are thirteen people living and working together under the same roof. Their thoughts are hidden from me, so does the past […] 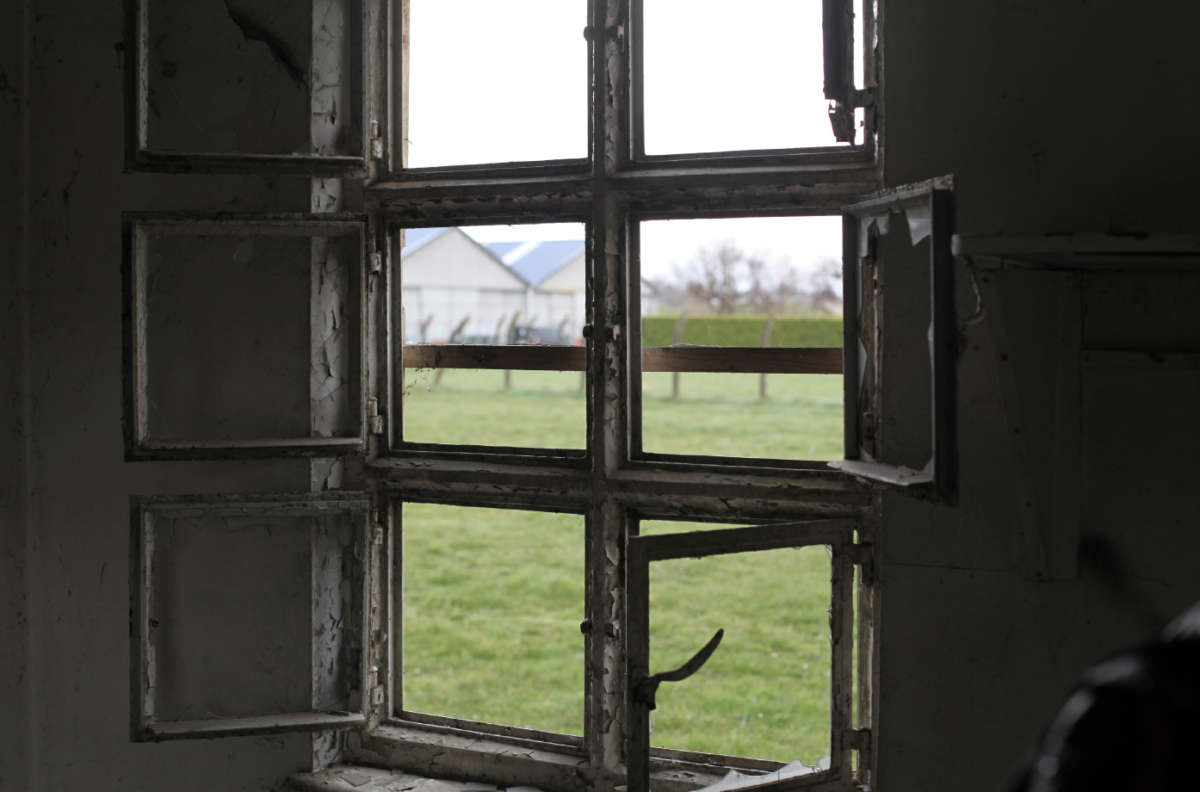 LINK TO FULL BOOK A. CONTEXT : Looking at a small amount of ground left by the moles doing subterranean galleries. B. SITUATION : A praise to the moles Moles are fighters, everlasting fighters with a disruptive sense of the limits ! Indeed by their galleries they always reorganise pushing back the ground both horizontally […] 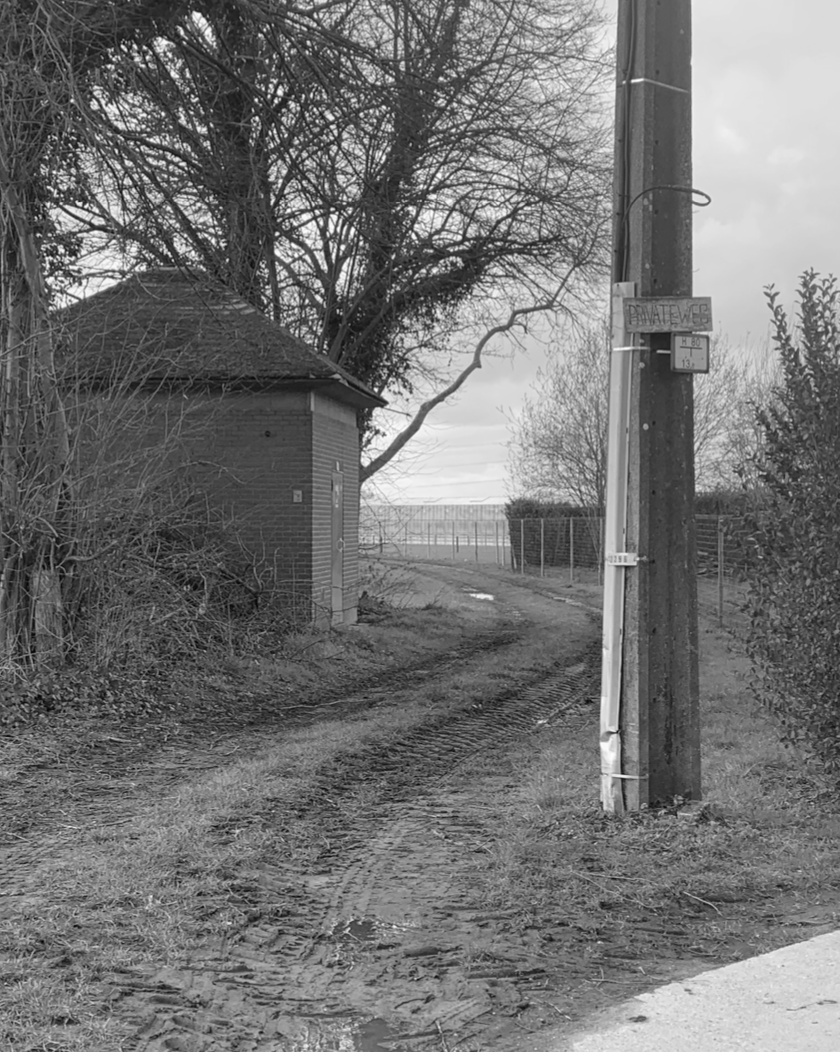 LINK TO FULL BOOK “From the first glimpse they noticed the grid. […] This grid is unavoidable, it is everywhere. It can be seen as infinite without any focus point where eyes get lost. No enclosures, no divisions – everything is exposed, transparent, allowing to glimpse inside and then walk away. […] People are curious […] 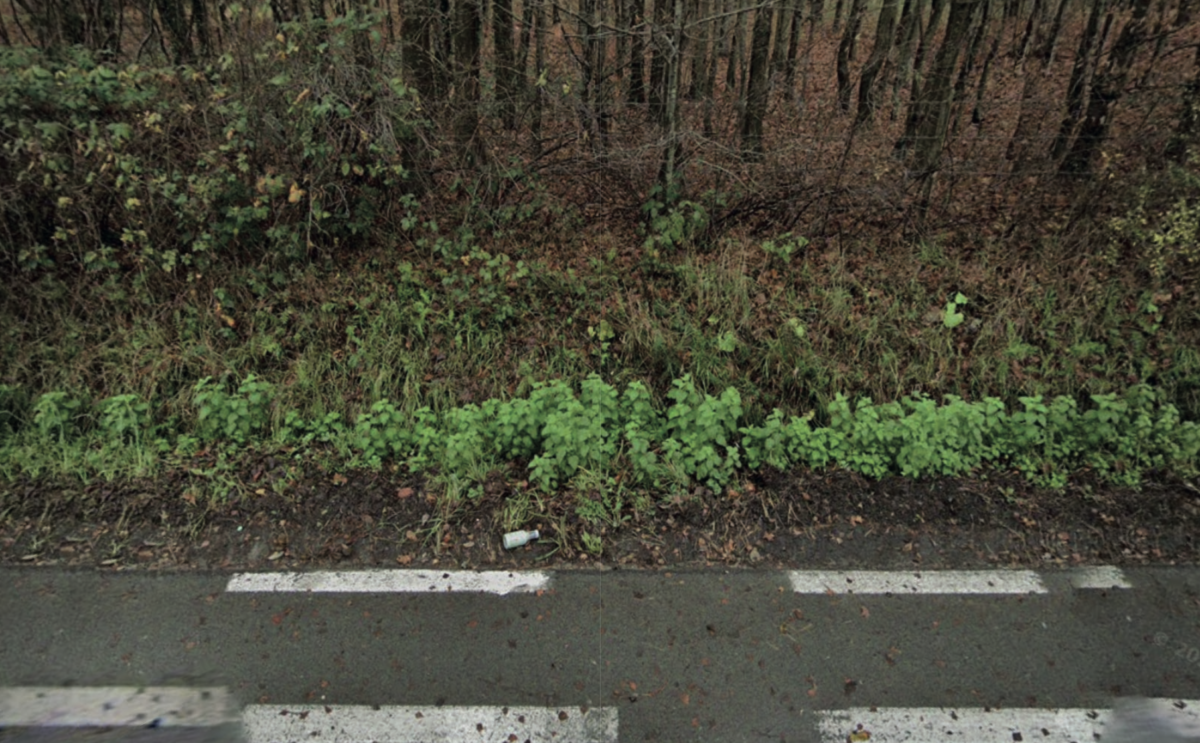 LINK TO FULL BOOK “The area we are looking at is already full of marvellous creatures, having laid out the stories each portray, of childrens and parents, of husbands and wives, of grandfather and granddaughter, of horses and dogs, of cats and mouse, of salad and grain… lat. creatura, creare/ something created . lower animals […] 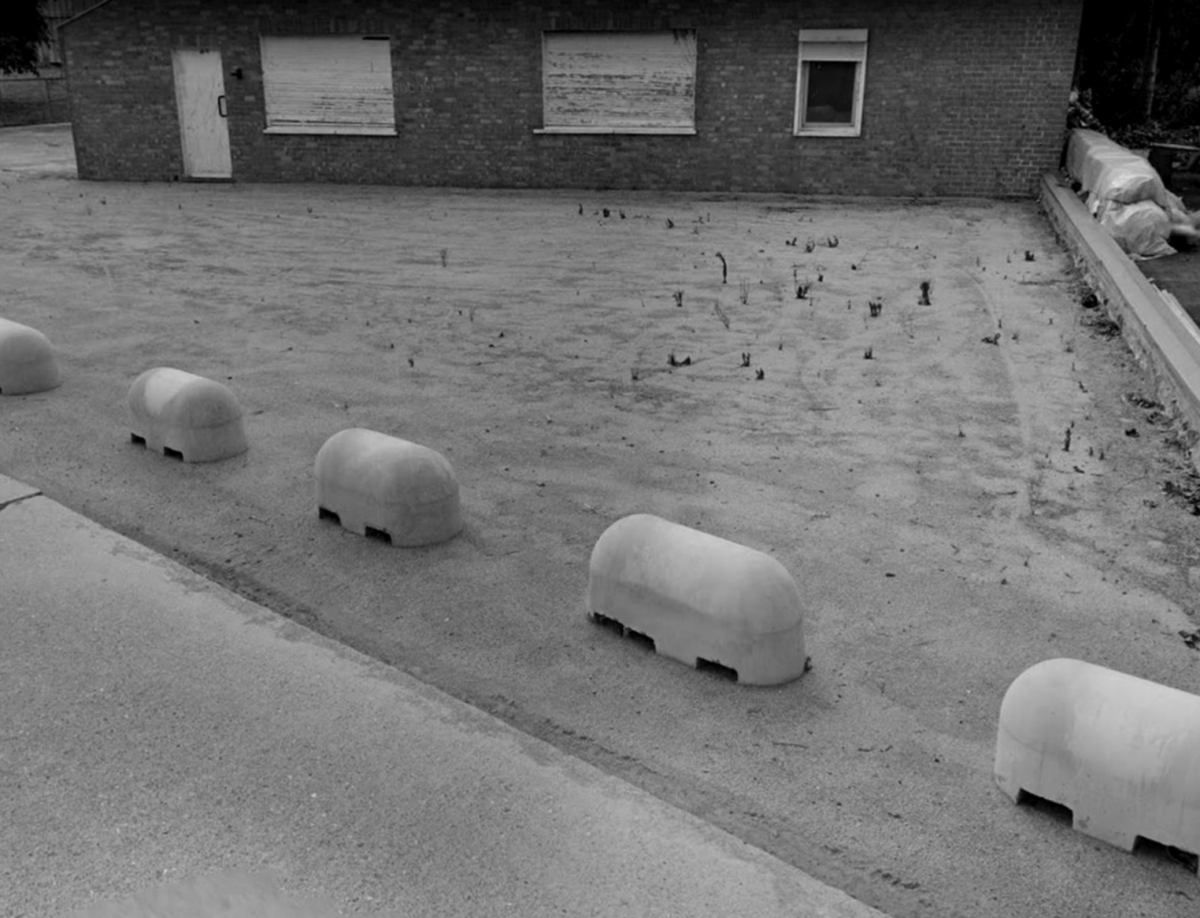 LARS HEMMERYCKX AND LUCA DE VOZ – THIS IS NOT A RETIREMENT HOME. VACANT FRONT GARDENS FOR THE SETTLEMENT OF A MULTIGENERATIONAL COMMUNITY [sample from students’ work]

LINK TO FULL BOOK “2087  – As you are reading this you might be thinking I am just some nostalgic old fart but it’s hard for me not to feel a rush of satisfaction when looking back at all those front gardens I helped create. It was however not all sunshine and roses,conflicts often […] 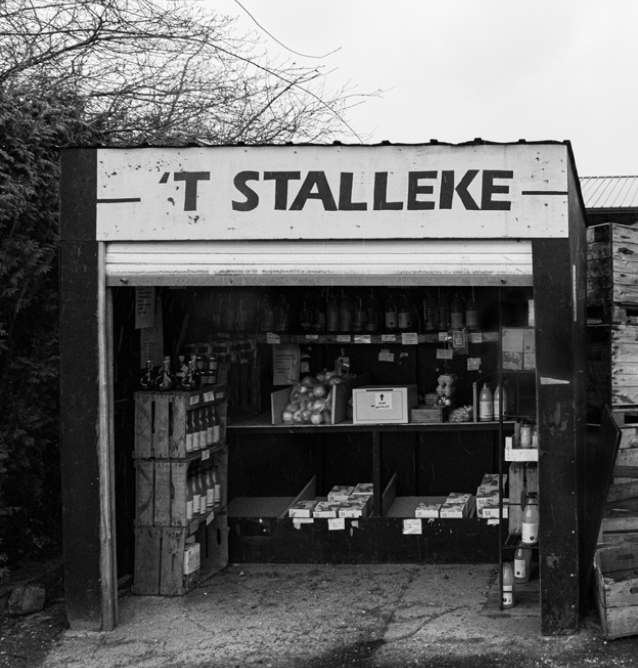 LINK TO FULL BOOK “I drove my bike into the yard and park it under the old tree next to our communal space. As expected everyone is busy. It’s the end of September, peak season in our community. During the last week, the whole community has been involved in the harvesting of the hop. The […] 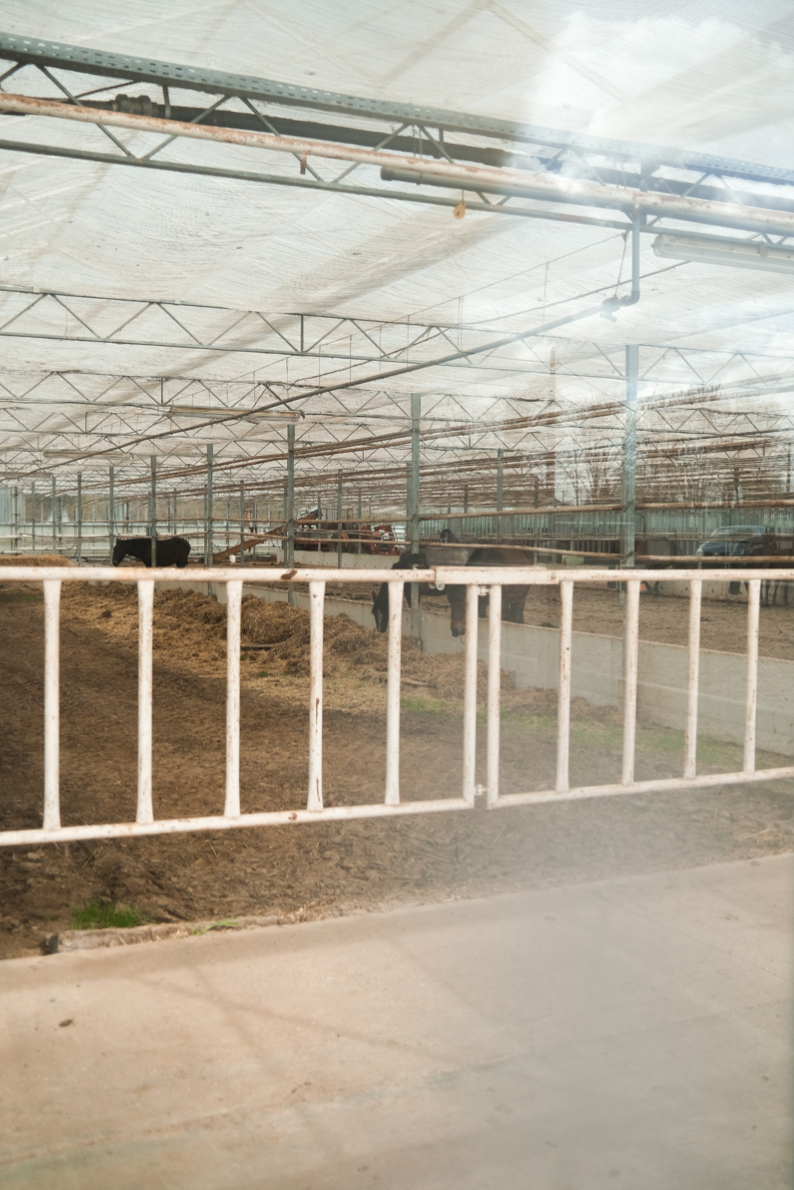 LINK TO FULL BOOK Observing the site, Manon noticed that some empty glass houses are today partially deconstruct and used to host animals, like horses. Their life and movement are very much constrained. Moreover, the practice of keeping horses is seen as controversial: it makes use of key resources – like land –  often for […]

AGLAIA LIOUZA – A RECIPE FOR CONFLICT [sample of students’ work]

A recipe is a protocol that gives structure and instructions to how to process a list of ingredients. However, it is open to interpretation – and even deviancy – by adding ingredients, altering quantities, adjusting procedures, and modifying length of cooking processes. Aglaia envisions the making of a recipe as a practice to experience restorative-based […] 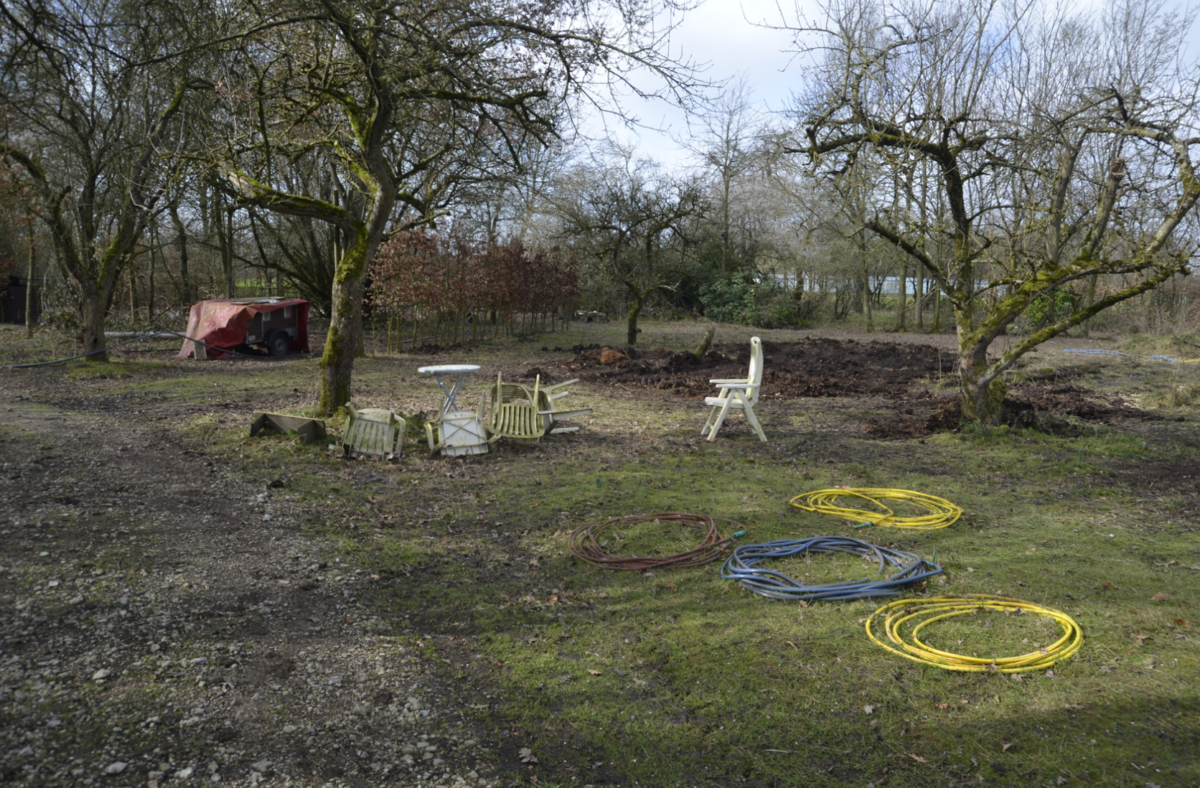 “It’s been a while since we last communicated, to be honest I had been having trouble sleeping, given the changes that I went through, to settle in a different environment, new faces, with a totally different scenario which might have been a bit overwhelming at first until I started settling in. Now that I am […]