If only we had trusted our eyes, if we had just looked at the images instead of turning our back on them, remarking that they were mere fetishes, fetishization, surfaces, the semblance of something that lay con­cealed behind them: essence, the law, the principle that held the key to the proper understanding of appearances. When we see dead bodies, we are confronted with the death of actual people and not some principle of death; when we come face to face with torture victims, we must investigate their torturers and not evil as such; when we see ruins, we must study the blasts or ravages of time that laid them low, not some trans-historical law of impermanence. (The Work of the Eye. Trusting Our Eyes. Karel schlögel, In Space We Read Time: On the History of Civilization and Geopolitics, p223.)

Drawing Architecture
In this studio we enable the agency and capacity of multi-media drawing in the production of space and thoughts, investigations through which the visual and cognitive language of architecture can be explored and refined as a response to various notions of the spatial event.

Drawing Architecture refers to an action in the present progressive, architectural research through the drawing, driving the unravelling process of finding.

Aesthetics beyond representational imperatives
Beyond the usual representational imperatives of architecture drawing, this thesis studio considers, discusses and uses the architectural drawing as a site of emergence and imagination. Methodically, Drawing Architecture studio strongly engages with the process of making, building and drawing in the widest sense, with materials, media and techniques relevant to the investigation: knowing through the making.

Aesthetics is not a merrily way of giving form to objects, it is indeed a way of making sense of the world through the idea of our outward appearance.  We want to break singular vocabularies and simplified aesthetics which maintain the illusion of order and stability in a world where there is in fact none.  We don’t aim for singularity nor for complexity; we want to lay bare that which we know is true.

While the student drives the individual thesis subject and content, the studio offers a methodical substructure that is twofold:

In the first part the student explores and demarcates his/her field of interest and subject by means of collaging: a landscape of visual triggers, spatial atmospheres, film fragments and textual articulations resulting in an opulent atmospheric exploration of an architectural spatial event.  We seek out film fragments and spatial atmospheres where one can note the presence of one’s spatial interest. We collect poetry, architectural prose and dense academic literature giving resolution, direction and articulation to a developing thesis stance. This focus emphasises the quality and intrigue raised by the architectural event as the encounter of spatial circumstances. Students look at situational sites characterised by spatial circumstances and unanticipated spatial encounters to discover how this uncommon ground directs their perception and conception of architecture.

Situational content collection: This information ranges from atmospheric to factual, from functional to politically motivated, from film documents to textual phrasing, narrative sub structures to abstracted visual sling-shot manoeuvres. The relationship between time and spatial change that occurs in the unfolding of space in film reveals an essential understanding of architecture and the way it moves us.  The collected information is brought together and collaged in a film document, incrementally giving resolution and body to this self-initiated thesis assignment.

To instantiate space is making present by materialising the particularity of its properties within a project or artefact.The students will develop the depth, potential and richness of the architectural event into a thesis proposal and project book. Finding the means and methods to unveil the potential of the architectural event, making serial design drawings, models and other relevant artefacts. The view on architecture that this studio offers is manifestly inclined towards the potential of relational architectural space making and away from object and component directed perception of space.

Students venture into an investigative field based on intuition, tacit intelligence and the intense process of reading and making by means of filmic observations, models and serial design drawings to develop their spatial stance in this thesis project.

This studio forms part of the Drawing Architecture Master studios and can be taken in combination with Sem3 Master studio HYBRIDS, Aesthetics of interstice (Mira Sanders + Riet Eeckhout) 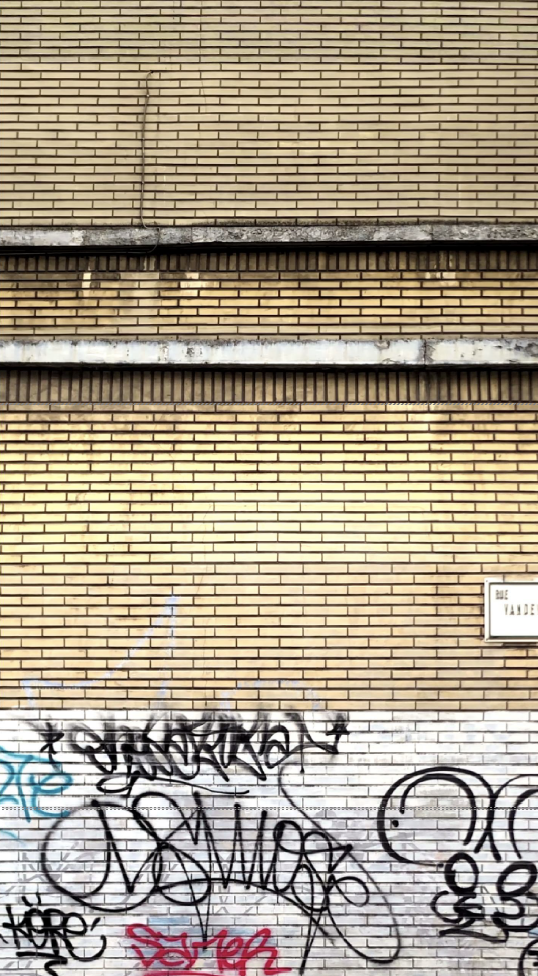 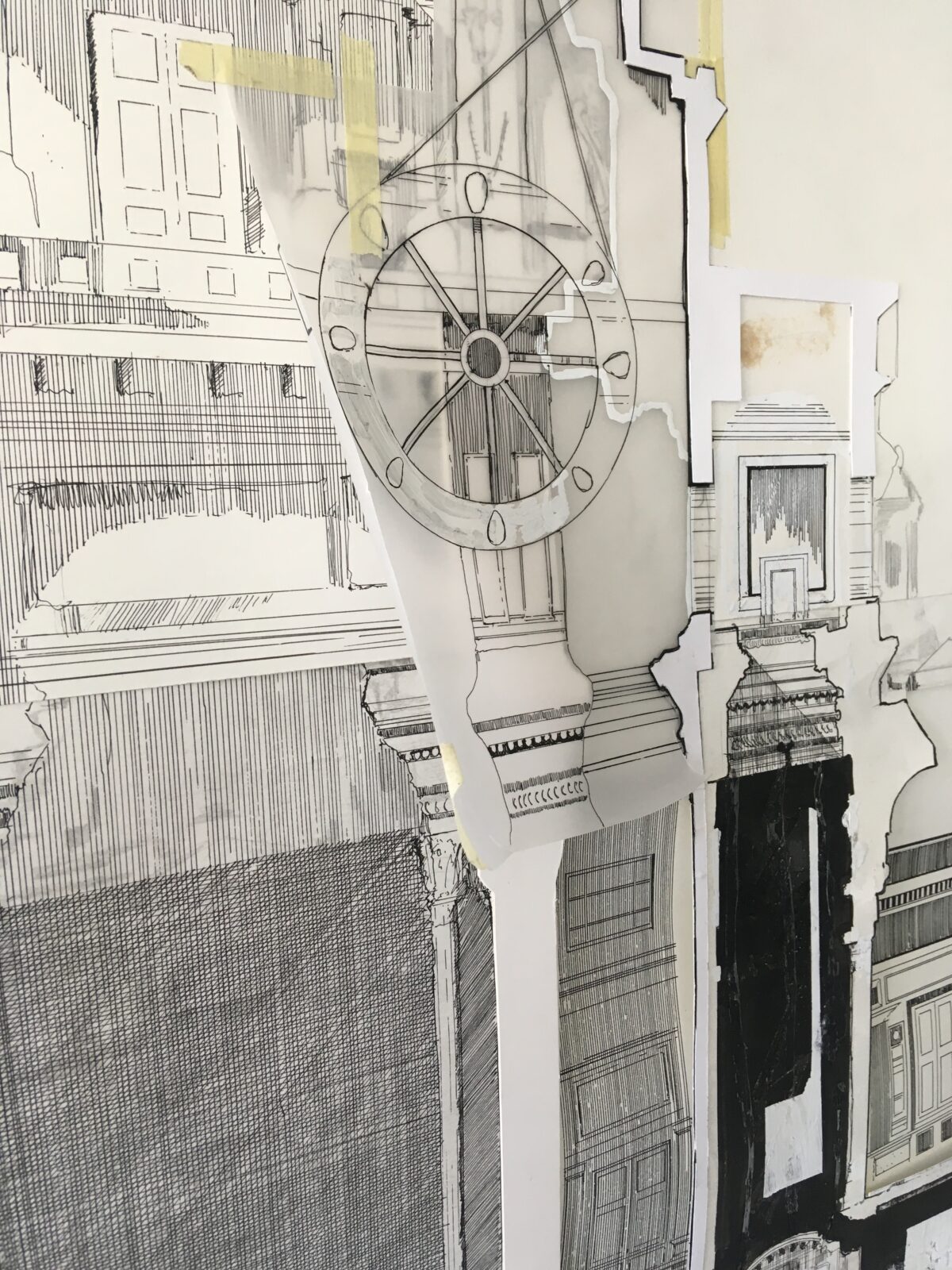 On time, Materiality and Identity Mark Ayoub The thesis begins by presenting a recollection of experiences and observations that the student (Marc Ayoub) had when growing up in Lebanon. He was immersed in an environment abundant in architectural ruins, which left in his subconscious the image of buildings clinging onto the remaining fragments that constituted […]

Beyond Blue Yvanna Versyck   Beyond Blue is a thesis project that developed through the process of making. This intense production process explores visual information that is found on the site. It navigates and collaborates between multimedia such as cyanotype, photography, hand drawing, collage, digital drawing, and model making. This interaction enabled a close encounter with […] 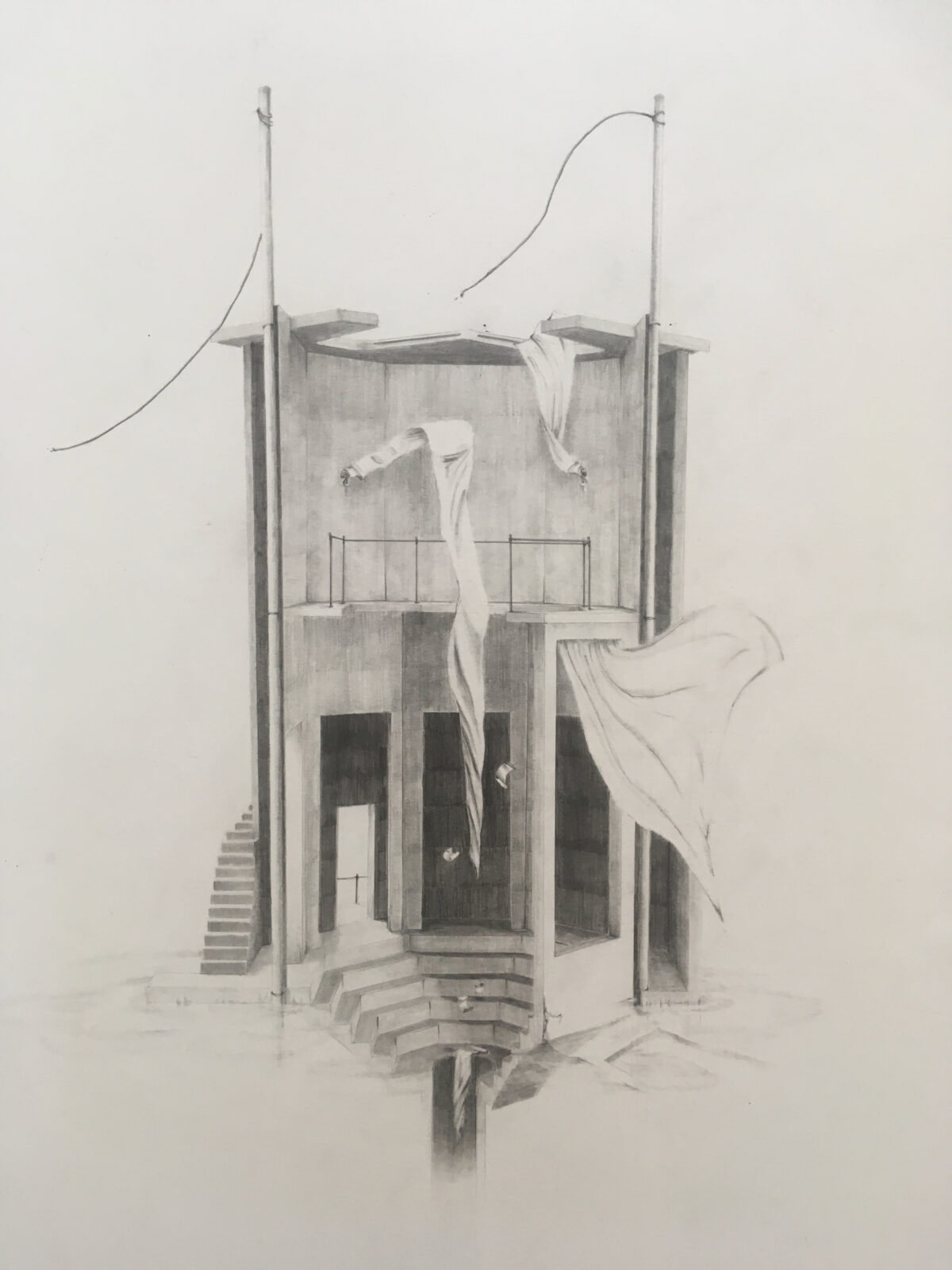 Ghost in a Shell: the Dissection of my Memory Palace Maxime Berets