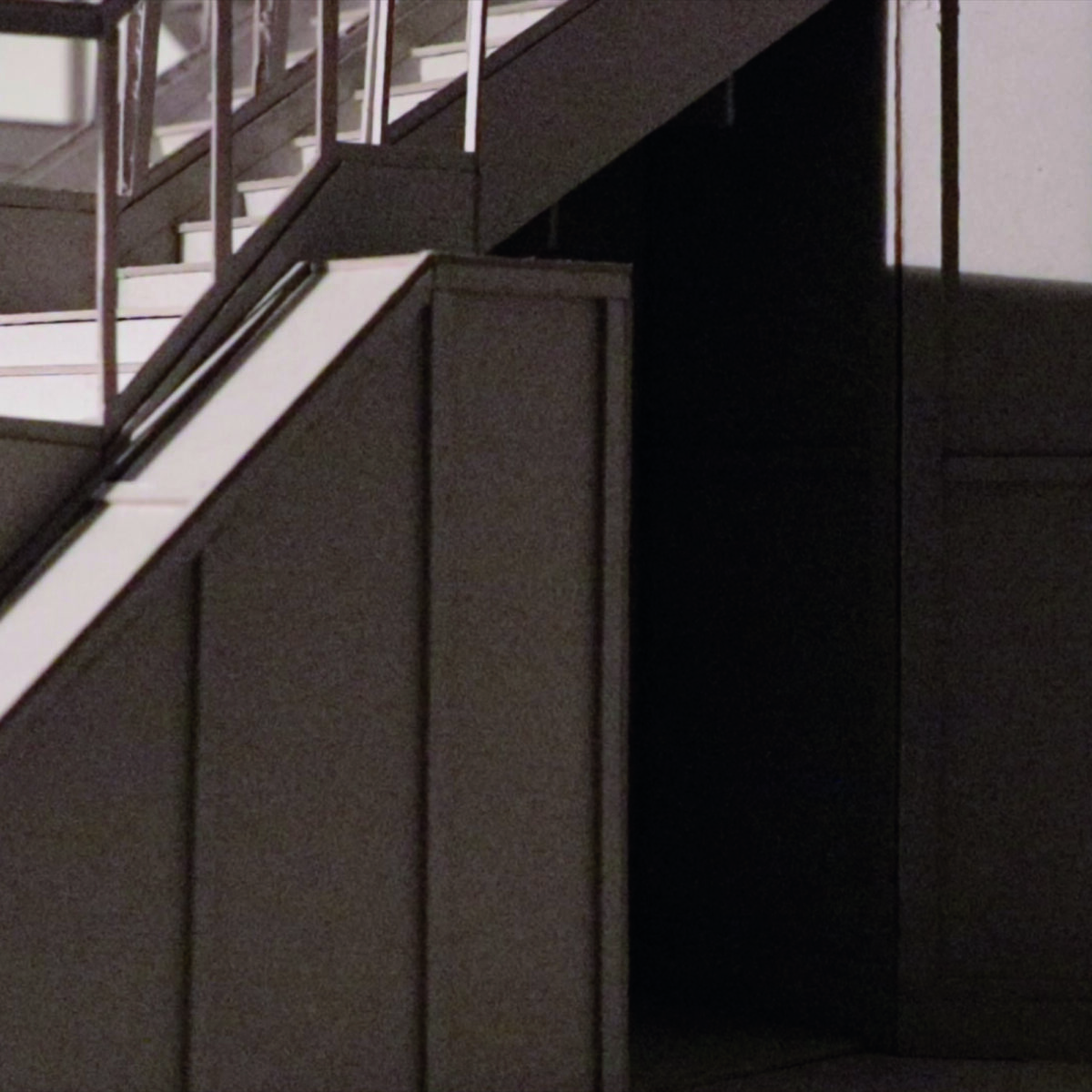 It’s always more interesting to try to see the things you shouldn’t see.

Guided by my constant curiousness, this project began with imagining what was going on in the other spaces of my one-minute film. A quote from the book ‘Waagstukken’ by Charlotte Van den Broeck perfectly describes this need to know more. “When I enter one space, the space that I did not enter occupies my thoughts.” The beginning of the research with the one-minute film sets the tone on discovering new spaces and solely counts on my imagination as a working method.

By using collages as a starting medium, it helped in making the existing space from the one-minute film unrecognizable and it gave the opportunity to see new spaces. They form the starting point in creating the two situational sites of this research. The drawing that is based on the collage is a selection and interpretation. By doing that, a new situational site is created.

Because of this working method, while making this model, strange spaces originated in between elements or under the staircases. These ‘other rooms’ spiked my curiosity and asked for further research. The research focuses on these other rooms that are provided by the situational site.

The Other Room is the materialization of this feeling of curiosity that guided me through this process. It’s a transition space, part of another world, that keeps the unknown present and the tension high. It’s about trying to discover what is happening in that other space, but ultimately failing and having to accept not knowing.

Because this notion of human curiosity was so interesting to me, it kept me from making a statement about ‘The Other Room’. It is against the nature of ‘The Other Room’ to give a clear picture, it is stronger when it stays a mystery. It has the characteristics of a maze: a few entry points and different pathways that can mislead you. The corridors copy the characteristics of their entrances, but the farther you get in the maze, the more these characteristics merge together with the other entrances. The idea of the maze let me be free from function. The point of existence of The Other Room is the presence of it. It exists on its own. It creates an atmosphere that makes you want to find out where it is leading to.

Out of this research, the idea of the other room grew as a series of corridors that form a maze. Another world that exists hidden inside the site itself.

The goal of this work is to eventually link all the other room entrances with each other via corridors, making it a strange system that forms a whole new atmosphere. This can be worked out by making the corridors more intricate and layered, with doors that open and corridors that shift.

The research in its whole was not about the site itself, but the potential that it holds, and how spaces can transform the idea you already had at first glance. It is a speculative room that stops existing if we ever reach the end of ‘The Other Room’.