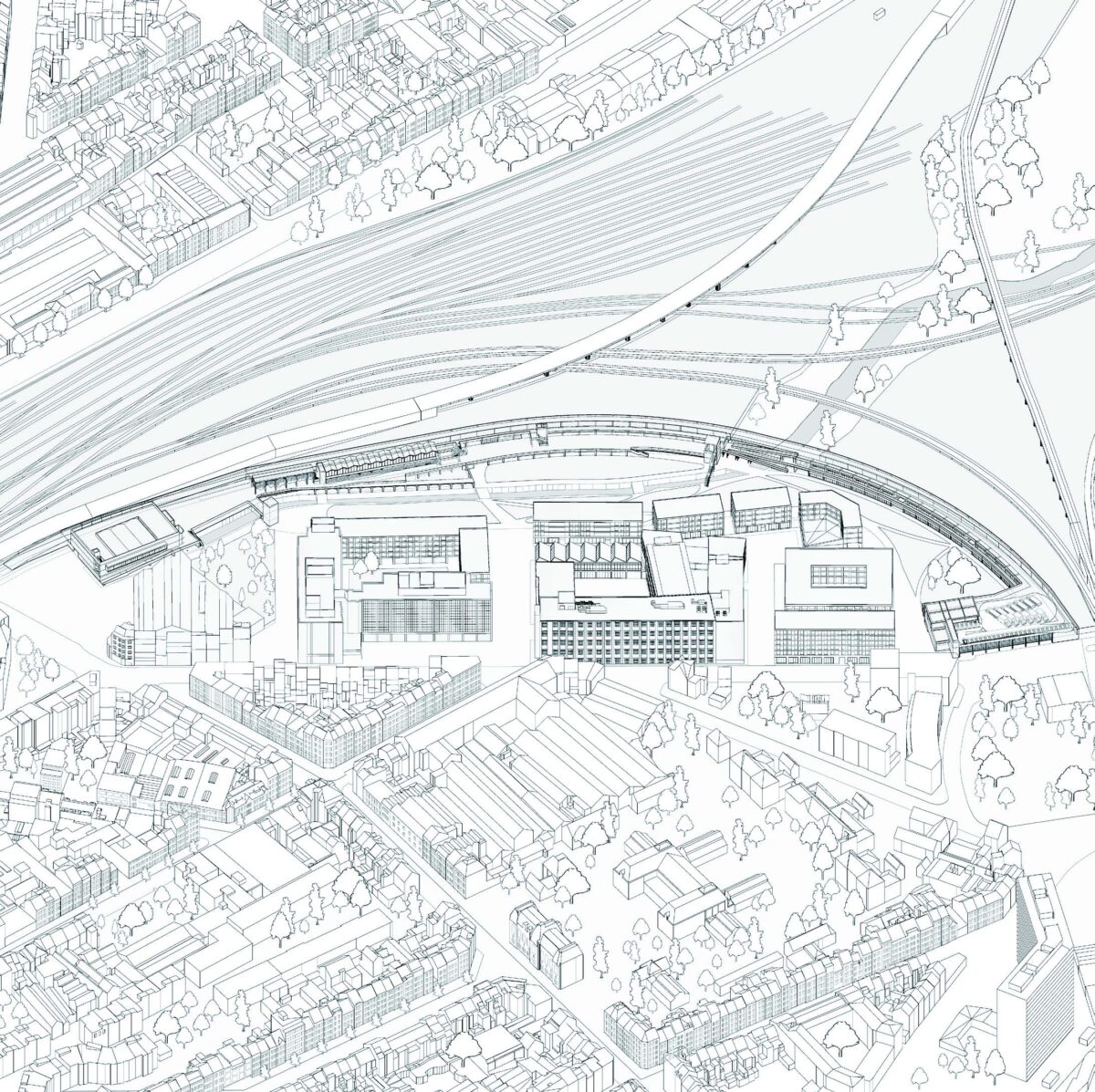 The unique railway network of Brussels dates back to the early 20th century when the demand of transportation resulted in the highly developed railway network, dividing the whole region into two parts. This leads to the creation of an Archipelago in the city, consists of several blocks adjacent to the railway network without connection. With the background of renewal of the former industrial area near to Gare du Midi, the project concentrates on the relationship among architecture, urban artefacts and landscape architecture, trying to reconcile the contradictions between the inevitable artefacts of the railway network and the normalized urban block, by radical operation and provide a reasonable solution to the dilemma between the urgent need of public space among the territories of the communities and the lack of accessibility to the inner part of the block. By mediating the realistic meanings of the radical architecture practices in the late 20th century, the project experiments with an alternative solution different from those who are normally applied at present: an elevated highway with and for the productive spaces underneath, resulting in a highly integrated workplace as well as a positive façade adjacent to the planned park instead of a negative wall. The long productive façade bridges the isolated block to the city, protecting the developing area from the further interference by urban sprawl. At the same time, such a research-by-design project questions the common way we perceive architecture, working places and civil infrastructure, highlighting the need of transportation in the design processes and goals, considering architecture not as an individual artefact creating more and more fragments in the city but an instrument to investigate the new ways resisting the inability of architecture facing with the challenge of urbanization.