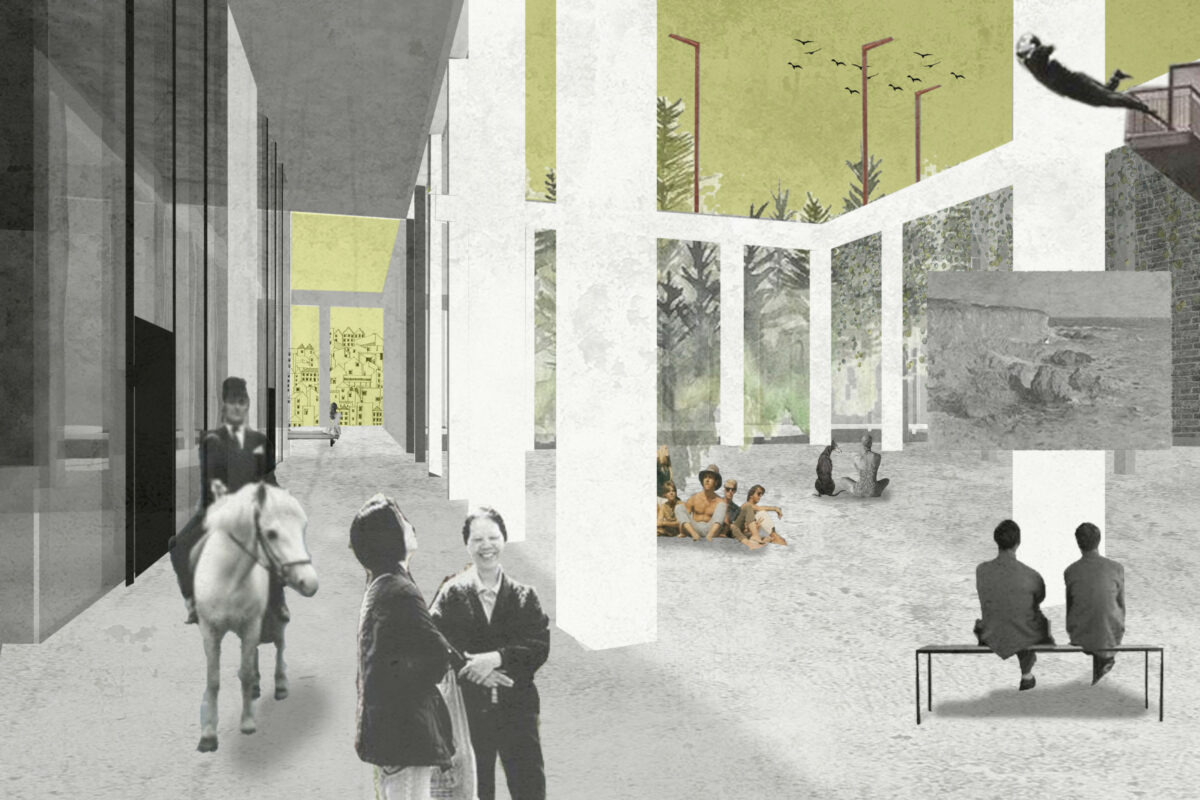 A LANDMARK WITHIN URBAN ROOMS

Four collective spaces, based on the concept of ‘urban rooms’, are providing the site of a human-scale and a gradual transition from the city. This idea is based on the project Highnote of Studininedots, an architecture studio based in Amsterdam. 1 The urban rooms are forming a multifunctional urban structure by a combination of columns and beams serving the people working in the surrounding buildings or coming from the city.2 Each room has its own identity. Placing urbanity in an intimate framework is what this design is all about. The place of the project should on the one hand serve as an attraction point from the street and on the other hand as an impulse for the further development of the site, that until now functioned as a backside.