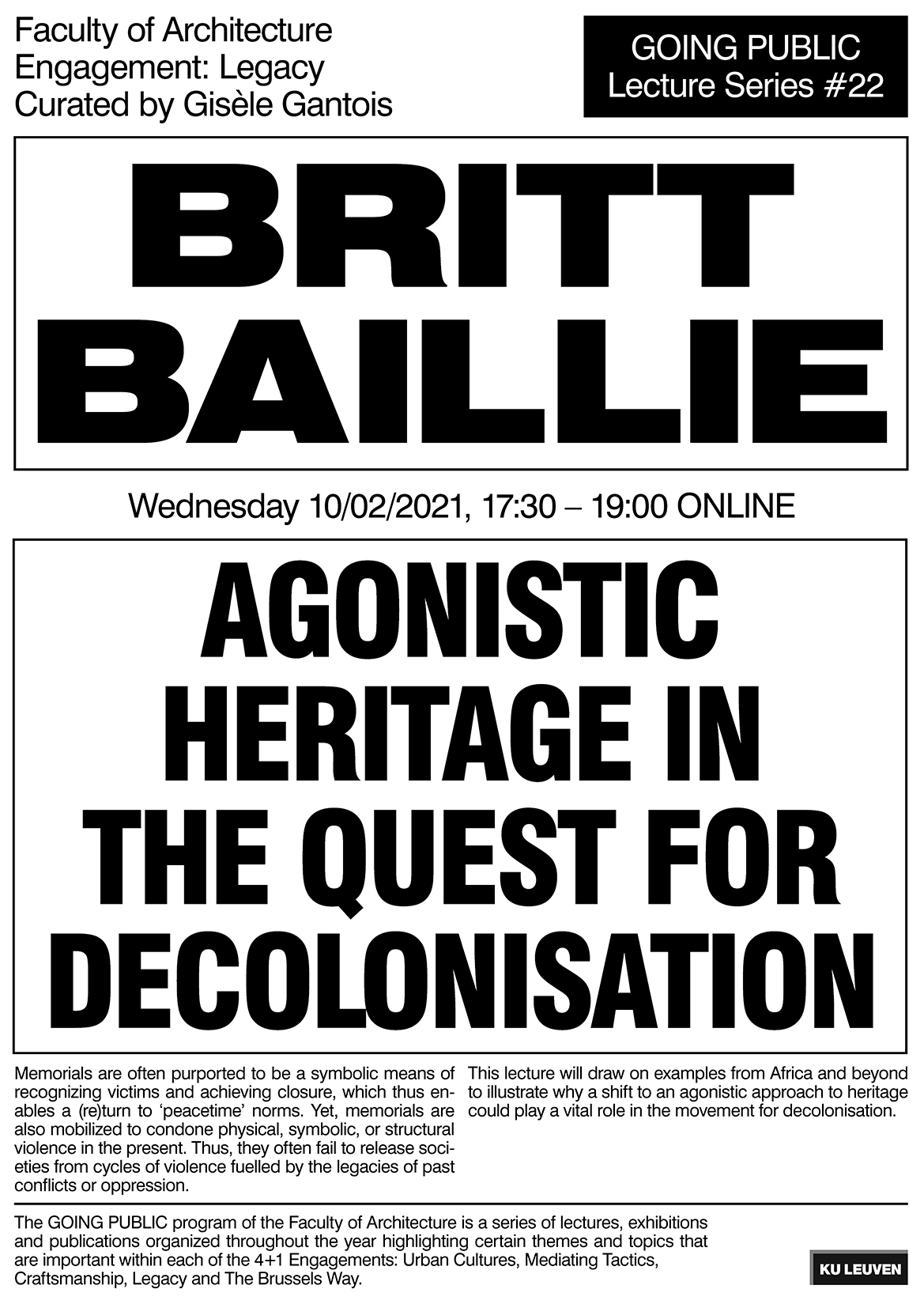 Everyone’s welcome to join us for lecture #22 in our Going Public series!

This lecture is part of our ‘Legacy’ engagement, curated by Gisèle Gantois.

BRITT BAILLIE: ‘Agonistic Heritage in the Quest for Decolonisation’

Memorials are often purported to be a symbolic means of recognizing victims and achieving closure, which thus enables a (re)turn to ‘peacetime’ norms. Yet, memorials are also mobilized to condone physical, symbolic, or structural violence in the present. Thus, they often fail to release societies from cycles of violence fuelled by the legacies of past conflicts or oppression.
This lecture will draw on examples from Africa and beyond to illustrate why a shift to an agonistic approach to heritage could play a vital role in the movement for decolonisation.

The GOING PUBLIC program of the Faculty of Architecture is a series of lectures, exhibitions and publications organized throughout the year highlighting certain themes and topics that are important within each of the 4+1 Engagements: Urban Cultures, Mediating Tactics, Craftsmanship, Legacy and The Brussels Way. www.blog-archkuleuven.be