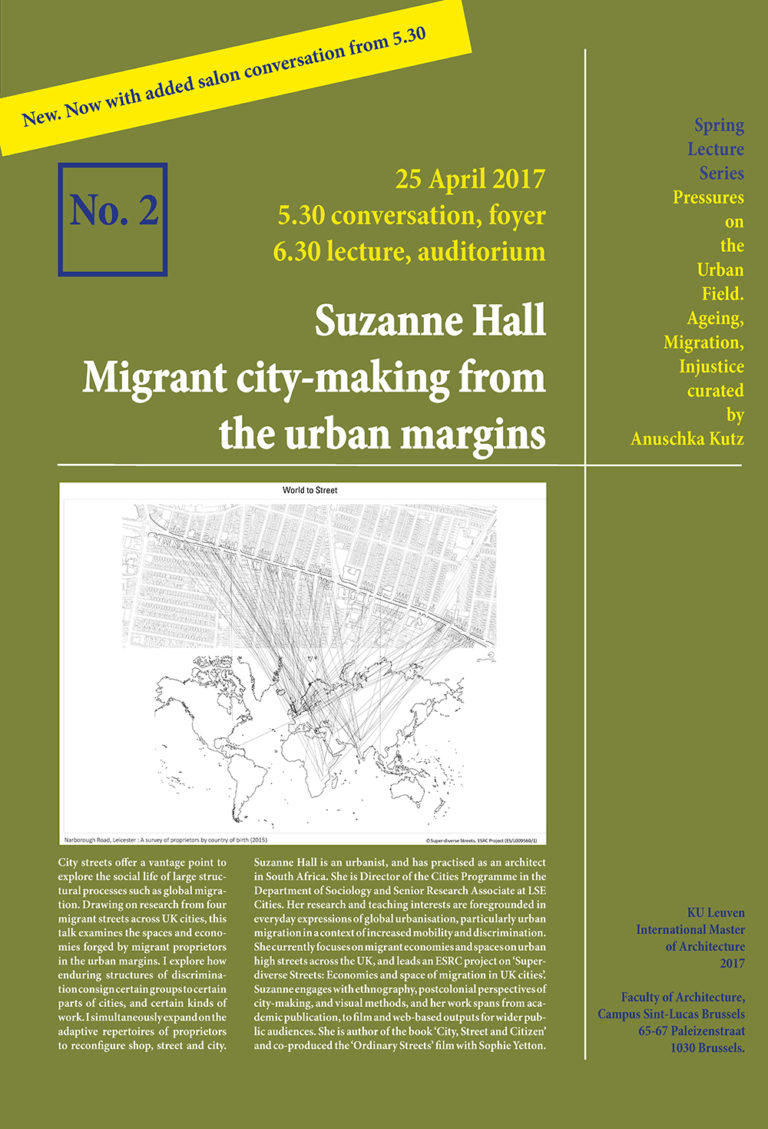 Watch the lecture by Suzanne Hall below.
(Lecture and conversation with Anuschka Kutz, 25 April 2017)

Suzanne Hall is an urbanist, and has practised as an architect in South Africa. She is Director of the Cities Programme in the Department of Sociology and Senior Research Associate at LSE Cities. Her research and teaching interests are foregrounded in everyday expressions of global urbanisation, particularly urban migration in a context of increased mobility and discrimination. She currently focuses on migrant economies and spaces on urban high streets across the UK, and leads an ESRC project on ‘Super-diverse Streets: Economies and space of migration in UK cities’. Suzanne engages with ethnography, postcolonial perspectives of city-making, and visual methods, and her work spans from academic publication, to film and web-based outputs for wider public audiences. She is author of the book ‘City, Street and Citizen’ and co-produced the ‘Ordinary Streets’ film with Sophie Yetton.
“City streets offer a vantage point to explore the social life of large structural processes such as global migration. Drawing on research from four migrant streets across UK cities, this talk examines the spaces and economies forged by migrant proprietors in the urban margins. I explore how enduring structures of discrimination consign certain groups to certain parts of cities, and certain kinds of work. I simultaneously expand on the adaptive repertoires of proprietors to reconfigure shop, street and city.”