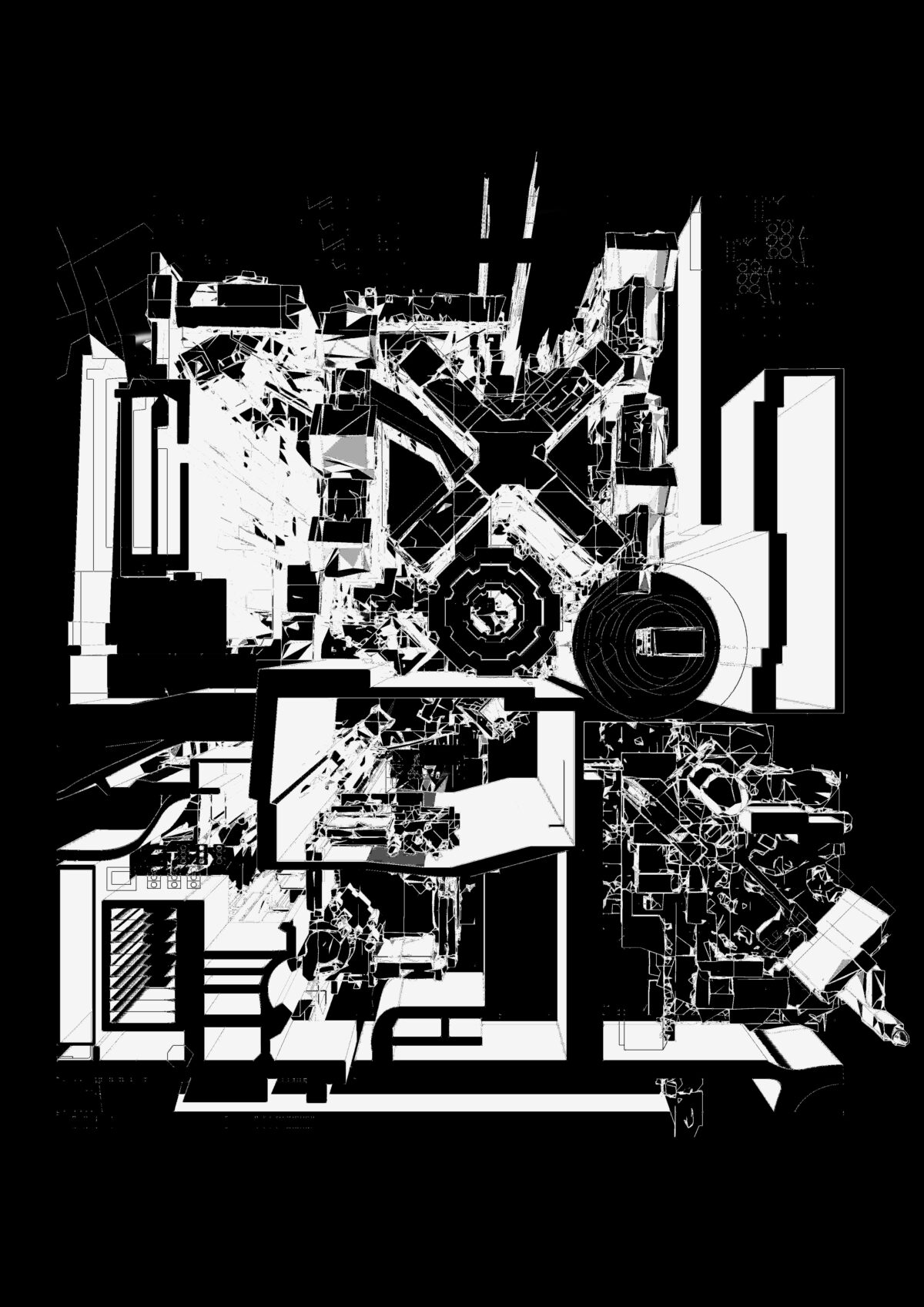 This project explores and reconstructs Las Vegas from an internet user’s point of view. A point of view that is constantly confronted with millions of points of views every time it scrolls on its screens.

The re-initialization of Las Vegas started with collecting existing footage of the city on the internet, from Sarah Morris’s AM/PM video to aerial drone footage on YouTube to Instagram stories with the hashtag “las Vegas”.

Each video gives a unique perception of the city through the lens of the recorder. The recorder frames and then captures a fraction of the city he wants to show, which erases the physicality of the non-recorded areas through our screens. But with further scrolling and surfing, those non recorded-areas can be reconstructed mentally and virtually by using each found footage of the city as an infrastructural element of the city.

The process of drawing consists of 4 steps of conversions, each contributing to reconstruct a new spatial environment:

The reconstruction doesn’t aim to rebuild the city as it exists in the physical reality, but rather explores the possibilities of new realities. We as humans are not able to perceive multiple perspectives at once, we are limited to the 3th dimension, xyz (+ time). Other dimensions and realities are more difficult to understand and partly unconceivable for humans.

With those drawings I try to go beyond what humans are capable of seeing, imagining and exploring what we can’t see. Exposing unseen layers and relations by juxtaposing and blending different points of views simultaneously to create this new version of the city. This updated version is not meant to be deciphered with human logic because its brain is not programmed to understand multi-dimensional spaces. The only thing we can do is get submerged and lost by the overload of different spaces, perspectives and information happening simultaneously.