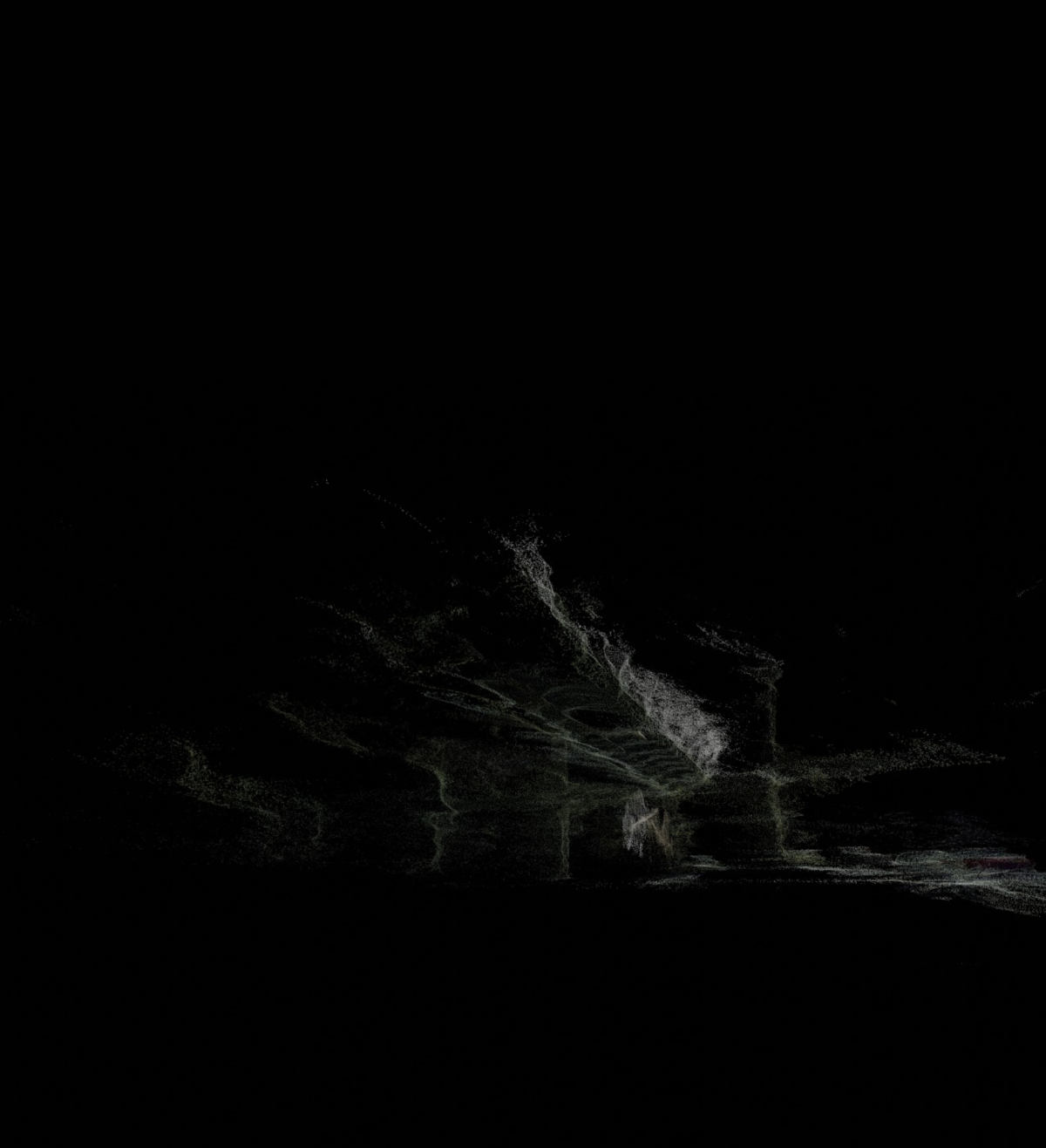 New spaces are born in between the voids. A transparent landscape, stripped to its essentials, creates an atmosphere. The search for this multilayered experience came from the question: What exists behind the film footage? What is left unseen? Computer programs can analyze the footage it was fed and created what it thinks is situated behind the object I choose to look behind. Both I and the computer ended up reimagining the spaces we saw. This process evolved into a method I called lucid dreaming. Creating new experiences, the human conscious mind cannot conjure.
A lucid state is reached through the medium of point clouds. They consist of thousands upon thousands of points and create a light and see-through structure. The point cloud got broken into several parts. These architectural elements existed out of as the meet point between a beam and column, a roof, and the point where a wall and a column met. These elements could be placed in otherworldly compositions. An entire new transparent environment could be created. One where you could travel through these three-dimensional representations of spaces generated by a machine. This process was a dialogue between the point cloud generating program and me. I choose the footage, it interpreted this and in turn I broke it apart to create a new space. In my compositions everything was possible. A beam could be more than a beam, it could become an interior. The point clouds were hollow shells since the program only generated what it saw, without knowing that these pictures had an actual physical form. In the end we created weightless see-through structures where nearby and far away, background and foreground became interchangeable.