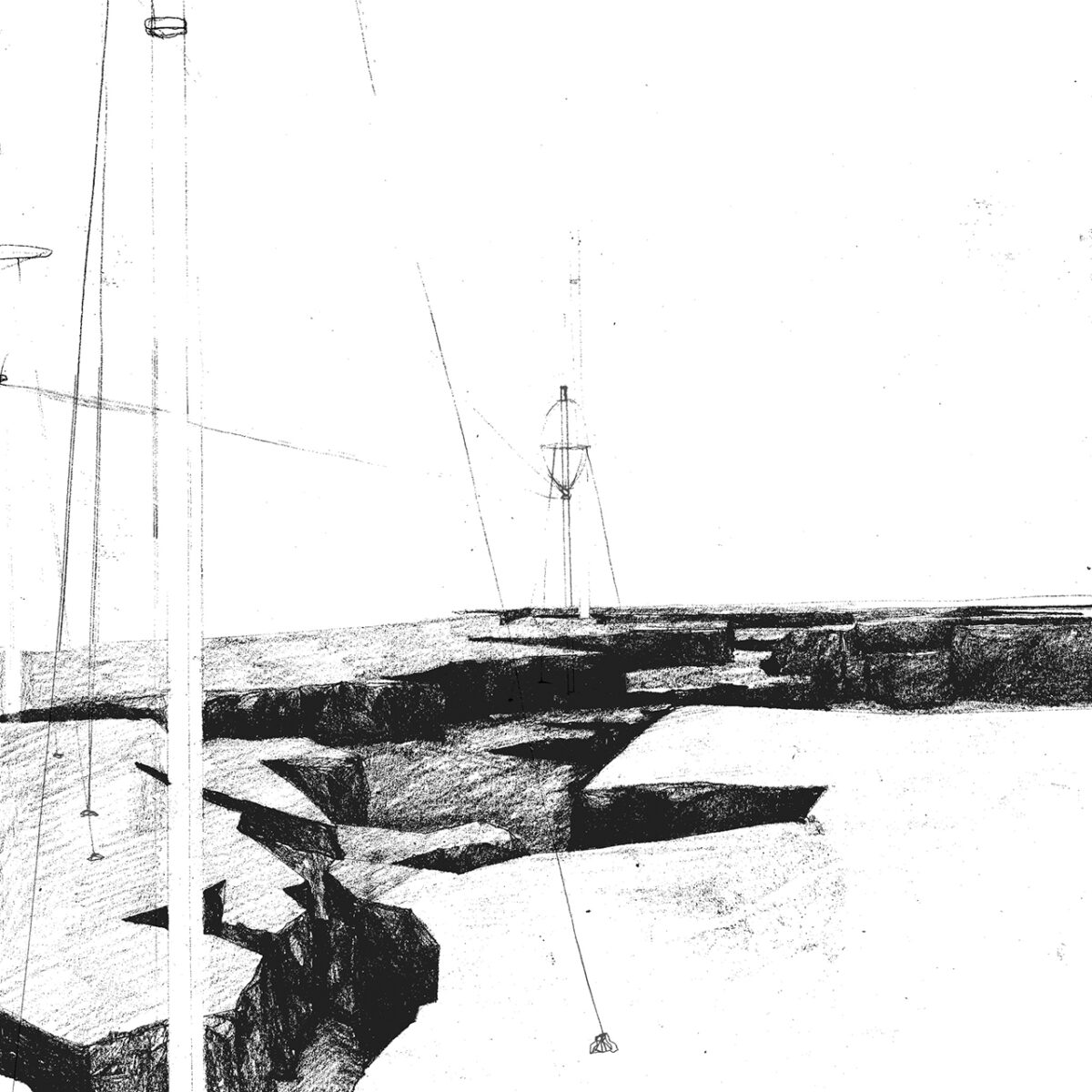 It had a mountainous horizon, almost landmarked by these foreign objects of a functional nature, an undeniable contrast is noticed. The question that had arisen challenged the positioning of the human figure. From the starting point, the term of ‘another world’ was mentioned repeatedly. Through stills, this new world tried to unfold itself. A world that has continually been materialised and inspired by subterranean environments, engrained by an old architectural language. One must step into the drawing, in order to allow the drawing language to unfold, to create an all- encompassing environment. All this completes the act of seeking, which was valuable to obtain the goal of bumping into an interior that lied within the oceanic darkness of the drawings.

The interior is that what is seen, when the drawing is not taken at face value.  This interior is an eerie and boundless space as deep as the ocean, not to be discovered by humankind.

The bare human eye is not capable of doing such a discovery. It must be guided and led by something that can lift the earths forces. Taking away the nature of physics, bringing one’s body down to the bottom of the ocean and with a source of light the eye is able to perceive this interior, characterised by a deceiving continuity of darkness.