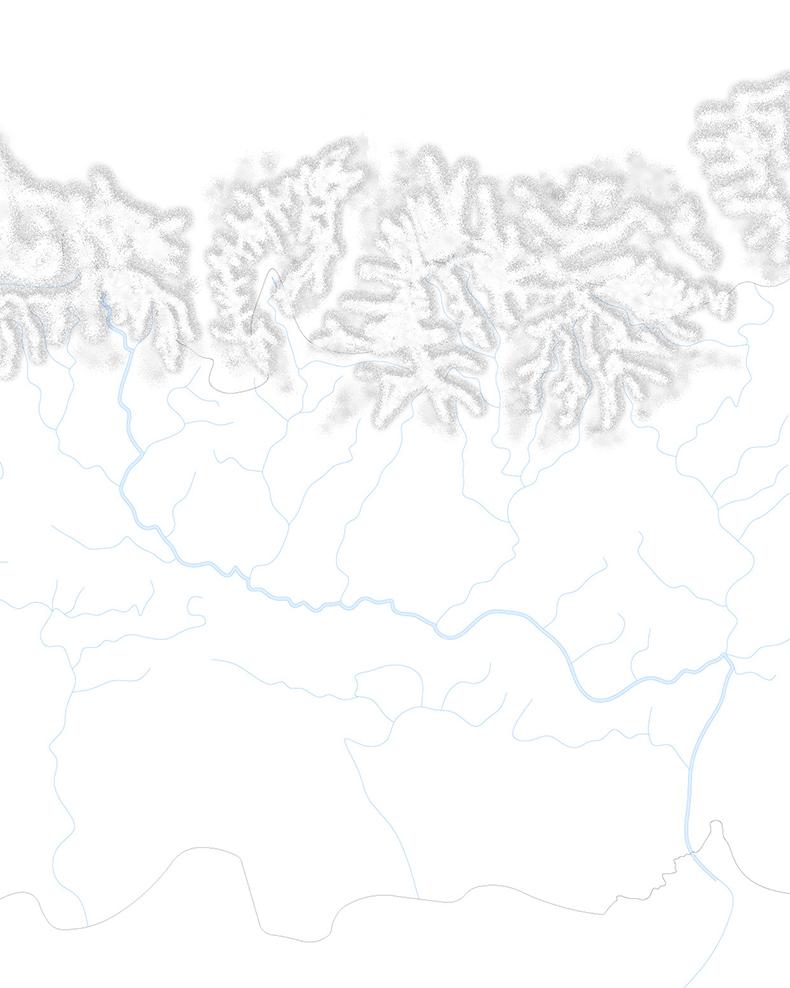 The aim of this master’s thesis is to develop a design strategy towards the most important resource in Nepal: the water. Although Nepal is considered as one of the world’s most water rich countries, with more than 6000 rivers, less than 7% can be used in the daily life.

The first part of this research is the understanding of the rivers and how people interact with them.
Himalayan water is considered sacred for its purity and it has a very strong meaning in the Hindu and Buddhist culture. This is the case at the Gosaikunda Lake, near by the Langtang National Park where people take a bath to purify their soul; on the banks of the Bagmati river, Hindus are cremated so that the reincarnation cycle may be ended.

Some issues such as pollution, economical and political management, garbage or wastewater, towards the water are present. But a more important and climatic one is the flooding, which is caused by the monsoon in between June and September every year. It creates important landslides problems in the hills or devasting of crops in the Terai region. This is where my interest starts.

The second part of this research is focusing and analyzing two main rivers in Nepal: the Kali Gandaki river and the Koshi river. For each river, different villages have been highlighted as the river are passing through or near by. It was important to do so in order to understand people’s basic needs during or after the monsoon.
Among these villages, I visited Gardi, which is located in Chitwan district where the flooding keeps on devastating crops or houses more and more each year. Agriculture is the most important relationship with this village.

I also visited Jugal, where a school is inundated every summer and classes must be stopped as the building becomes useless.
Knowing these facts, the design strategy will show two architectural solutions in Gardi and Jugal, including a diversion system with a dam and a rainwater harvesting system.

These systems form a unique building, which has to be more considered as landmark for both of the villages, and in the future, might also make an impact on different places in Nepal.