We plan a fieldtrip to London in the first weeks! Be prepared for a last minute trip, we will meet on Friday 27/09 in the afternoon to discuss this, we will be in contact!

Field Station ADO is a local node in the international fieldstations network, exploring architecture in relation with contemporary fields, connected to the anthropocene and the technosphere. The ADO focusses on the agency of emerging technologies and phenomena, and their impact on the culture and practice of architecture and the environment in which we operate as architects. We propose an explorative architectural design studio, aiming to investigate the potential of architecture as a medium to disrupt, explore and raise questions, rather than solving them. The academic design office combines explorative research with hands-on architectural design exercises, field trips and workshops, providing a platform for students to develop their own interests, skills and projects within the proposed topics, for 2019 we will work around the topic of automation.

Architecture and Automation. For more than a century automation is radically impacting different parts of society,  from agriculture, manufacturing, shipping and transportation, to governance and warfare. Initially automation was mainly aimed at increasing efficiency and avoiding risks of manual labour. Through developments in computation, machine learning and artificial intelligence, today automation is also affecting intellectual labour and even creative industries and design. Whereas earlier automation was usually contained to specific sites (factories, farms, logistic facilities…), through the spread of mobile devices, ubiquitous computing and data logging and processing, automation is increasingly mediating aspects of our daily lives (working, living, entertainment…) from chatbots, virtual assistants, suggestion algorithms to personalised advertisements. Compared to other industries,  architecture, engineering and construction, is one of the least automated industries, due the difficulties of quantifying architectural design, and the site-specifc nature of construction. In the studio we will explore automation as a specific driving force within the technosphere, its impact on our relation with our environment in the anthropocene, and its potential to rethink the workflows, practices and culture of architecture. We will look into automation as a content, context and tool for architecture through fieldtrips, research and hands-on design exercise.

Field Trip. We will kick-start the studio with a fieldtrip to London, visiting the Bartlett’s school of architectures Institute for Computational Design,  What is radical today? 40 positions on architecture exhibition at RA and other exhibitions and venues.

Field Guide. On our field trip  and through meetings, lectures, screenings & literature, several potential fields will be introduced. During the first exercise these fields and themes will be mapped and investigated by small groups of students with shared interests. This work results in a field guide that documents a set of tools, strategies and media to engage with the questions of shifting borders in relation to the expanded field & architecture.

Field Station. For the second part of the studio, students will develop an individual design exercise that results in an architectural proposal for a specific site and context. The design should demonstrate how architecture interacts with a field of choice and it’s border conditions explored in the field guides. The scale, scope, format and media of this proposal are free, students are encouraged to develop their own vision, interest and ways of working. The individual projects will be shown at a final exhibition.

Mattern, Shanon, Cloud and Field, On the resurgence of “field guides” in a networked age. Places journal, August 2016

Srnicek, Nick, and Alex Williams. Inventing the Future: Postcapitalism and a World without Work. Revised and updated edition. London: Verso, 2016.

Young, Liam & Unknown Fields Division, eds. Tales from the Dark Side of the City, AA Publications 2016. 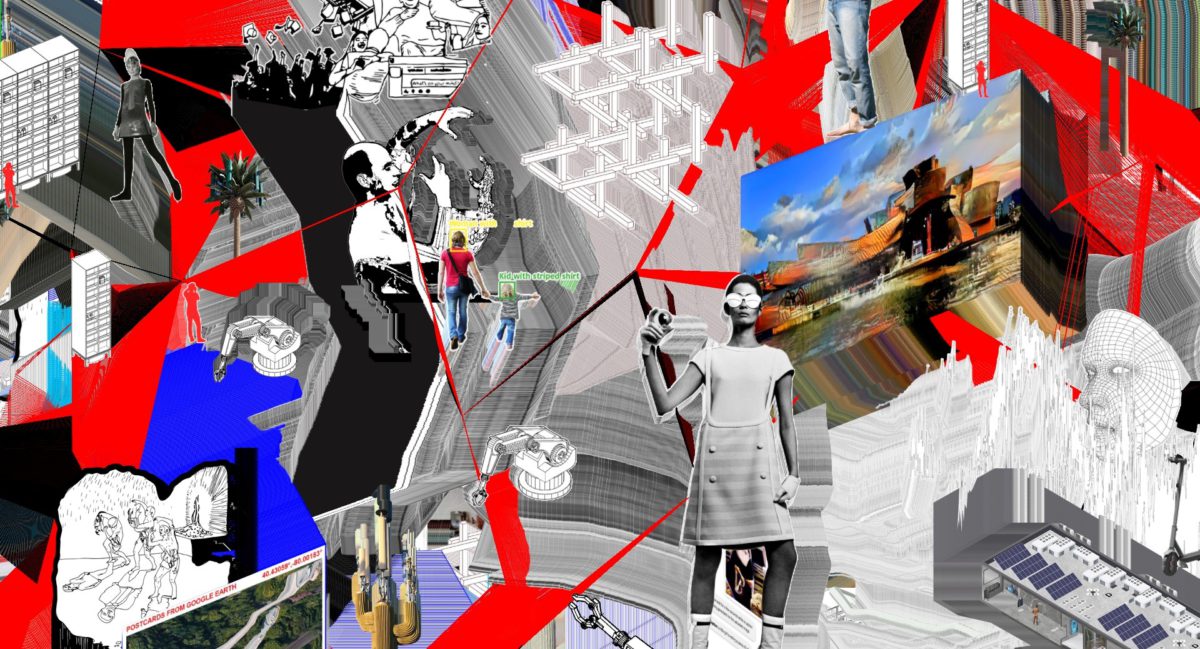 studio tutors: Corneel Cannaerts & Michiel Helbig (presentation in cafeteria) Fieldstation Studio presents their collective work exploring the impact of automation on architecture. For more than a century automation has been radically impacting different parts of society, from agriculture, manufacturing, shipping and transportation, to governance and warfare. Initially automation was mainly aimed at increasing the […]