“Buenos Aires High Density: Tiro Federal (Unlocked II), maib34 2020-2021” lead by Cecilia Chiappini is the 2nd in a series of design studios focused on the capability of infrastructural transformations to unlock urban developments of high density. The proposal is to rethink the meaning of high density in combina- tion with a new understanding of urban qualities, private-public and collective spaces. The students will produce an architectural-urban design-case proposal based on their enquiries on a specific location.1

This semester’s location is Tiro Federal, in Nuñez, Buenos Aires. This implies the transformation of the former open-air sportive areas of 17 hectares, including the historical building of Tiro Federal Argentino Club (target shooting) for urban developments.

Lugones. Behind that, a green buffer is to be constituted, with pedestrian connections to UBA Ciudad Universitaria (University of Buenos Aires Campus), and further linking to the La Plata river side and the facilities along the coast. The areas towards the river are to host the so-called Parque de la Innovation (In- novation Park), a public development of 120.066 sqm for “creative industries” (12 hectares).

Tiro Federal is an example a phenomenon that is becoming recurrent in the city of Buenos Aires, the pur- chase of large public plots for private developments, in eventual combination with public works.

This also hocks with general developments going on in the city, mainly relating to infrastructures, for example the replacement of Paseo del Bajo Avenue for a new semi-sunken corridor, and the on-going pro- cess on requalifying the La Plata River side, as a metropolitan linear corridor called Costanera Norte-Sal- guero, Distrito Joven.

The critical components of these cases is the fact that the availability of the land for urban uses (former- ly affected to transit, industrial and harbor-related uses) is unlocked by operations at the infrastructural level. This is fostered by the State and exploited by the Real Estate sector, touching upon the most consoli- dated and sensitive areas of the city and metropolitan area.

The background of the enquiries is the worldwide situation triggered by the Covid-19 pandemic, making it more urgent to rethink the way we live together in high density contexts. 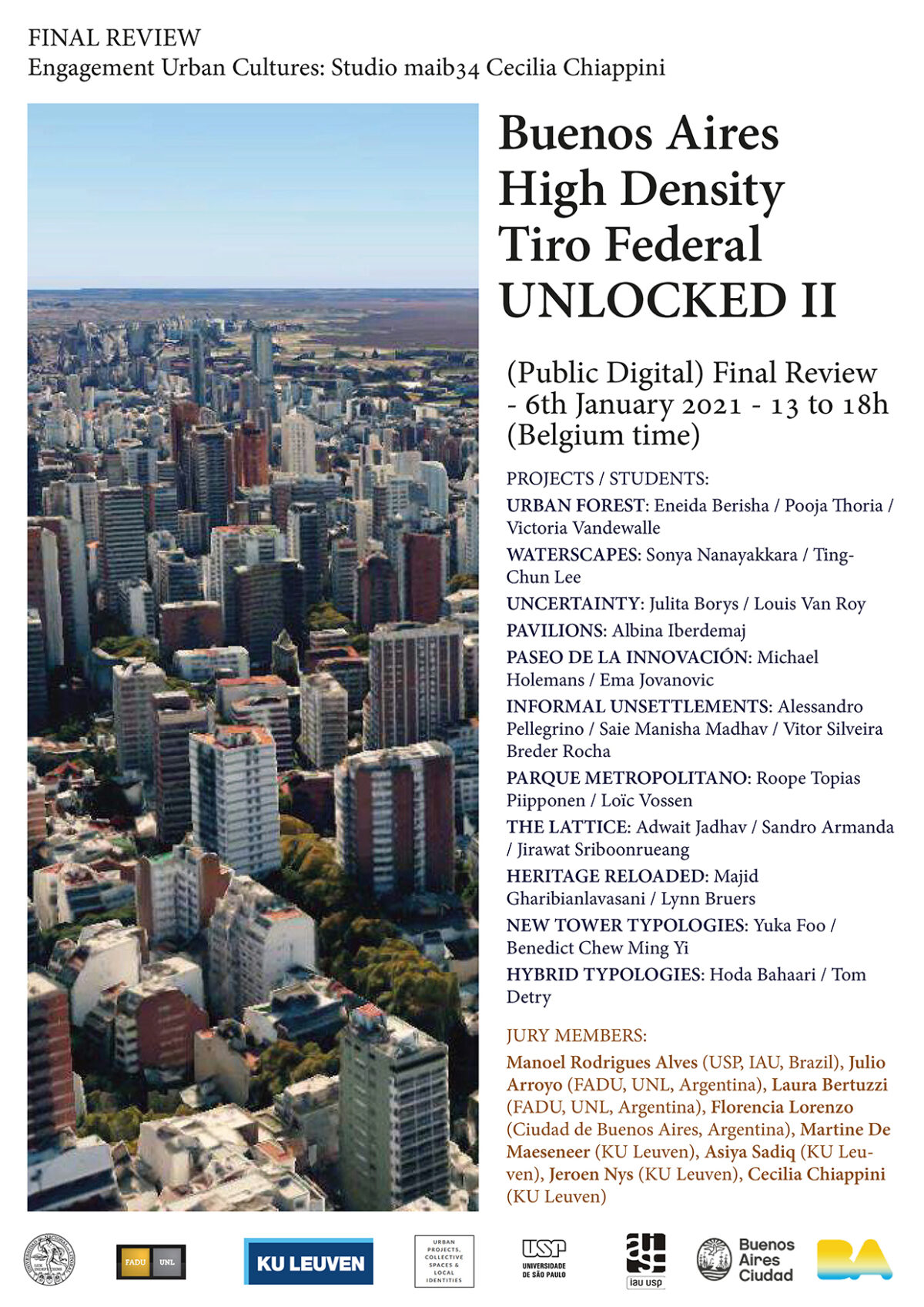